The famous biologist Prof. Dr. ran.sc. M.MAIGRÉ has detected the

broad-mouthed frog called FRAG and has taken an important step in
direction of the linguistic parity in biology.

where the movement of the mouth points to the subspecies meant.

This also puts an end to the preferential treatment of the stork in the minds
of the population. Up to now they say,”If this is true, I’ll fry a stork!”

Parallel to this we hear now,”If this is true, I’ll fry a frag!”

Furthermore Prof.Maigré succeeded in breeding a Gaag.
Up to now only the Goog is knows as a cross-breed of a goat and a frog, as it is well

described by JANOSCH in his outstanding book „The live if Animals“

An especially beautiful specimen of a gaag could be seen in June, 2011 in the
village of Fissau on the Kellersee in Schleswig-Holstein. The artist Simon Creto
from Zimbabwe created the sculpture which is shown below. 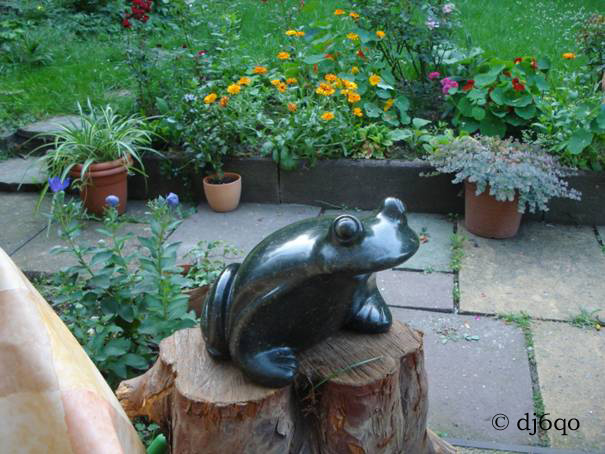